It was another fruitful time in Europe.
‍

Hundreds of churches were planted, thousands came to Christ. I was on a train and I began talking to a person and handed him a tract and suddenly he began to weep and wanted to ask Christ into his life. Next thing all those in the carriage were on their knees crying out to God. As we pulled into a large station the train stopped and as people left the train, thousands knelt on the platform and received Christ. In fact, the station closed! I preached, blind eyes opened, instant healings took place. The directors that were in charge came to me with tear stained faces asked if I wanted to use the train for the week and see this happen throughout Nederland’s, Belgium and France… “The Gospel Train”, I was stunned and said what any person could say…yes!!

I can’t wait for the day when I can report something like this, unfortunately not this time!

Oh, Lord let it be one day… send out labourers into your harvest!! Amen.

Ps 126: “…Those who plant in tears will harvest with shouts of joy. They weep as they plant their seed, but they sing as they return with the harvest”. ‍

Now back to supernatural reality!! :)

The Community Planting Training Centre in Terneuzen has 15 students many of whom will begin new communities of faith. It was great to teach and being with the students was inspiring, encouraging and a joy

I spoke in 4 churches and met with many leaders over the 3 weeks. Credo is one of the newly planted churches in Belgium.

We had our ‘VCI all in day’ where over twenty-five people gathered, prayed, heard from various leaders who were planting churches, teaching, the prophetic and generally encouraging and igniting the church planting – multiplication DNA. Excellent time. 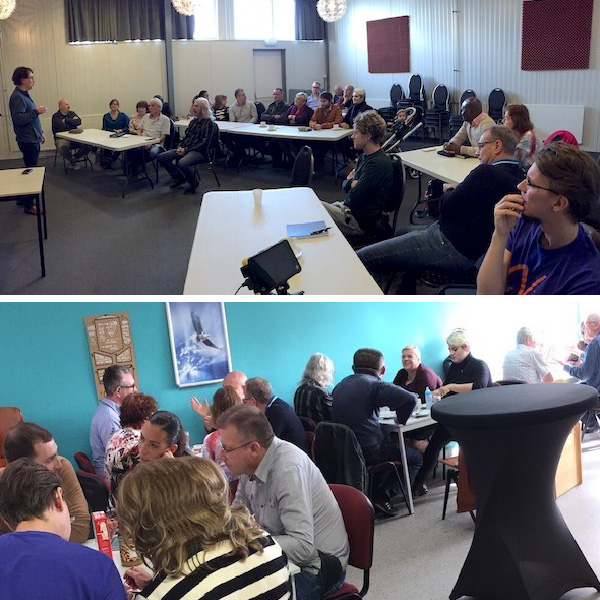 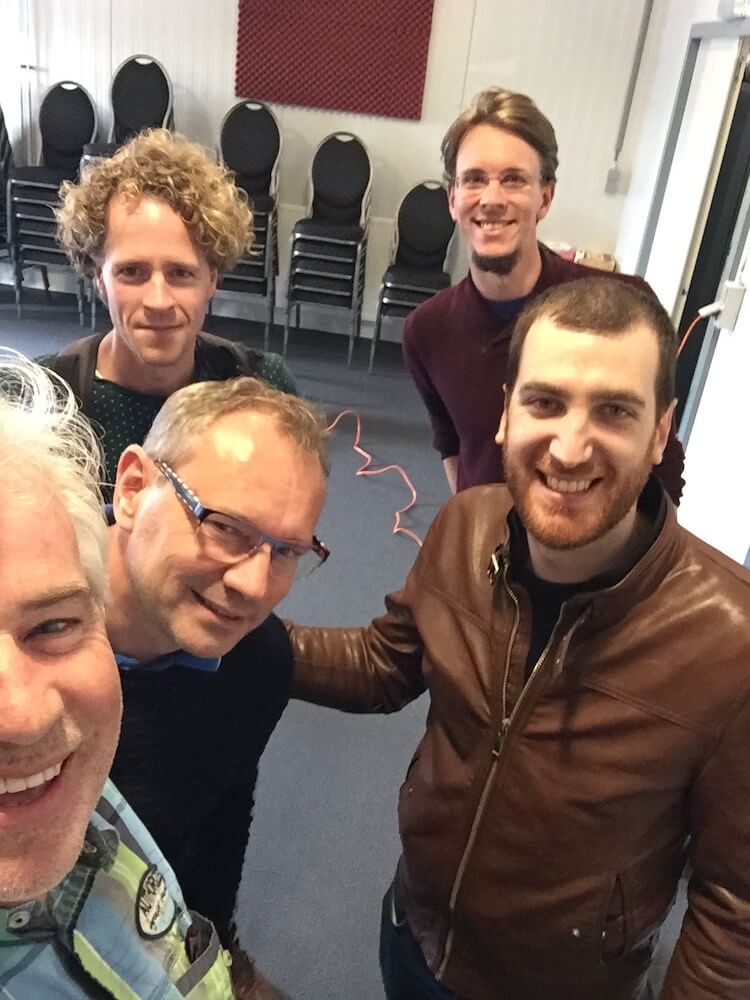 I travelled to Southport and Manchester (UK) where I met with leaders who are also in the church planting journey.

On my last day in Europe, Joa Ephraïm, my trip planner and friend met with Christian Tan who leads the charge for church planting for the AOG in Nederland’s. We had a day with     people who are either planting new churches or in the process of planting. It was a very profitable day.

On the 20th of Nov. I am off to Poland for 6 days then to Ireland. The multiplication book is printed in Polish; the first print has sold out and they are in the process of reprinting. Slawomir and his wife, with a team lead an exciting church planting initiative; “Project 700”. They’re aiming to plant 700 churches. They’ve planted 30 so far!! Over 43.000 towns and villages have no life-giving church!

Then it’s into Ireland with Peter and Martha Finch. He is networking with people who are aiming to multiply churches. 50 towns and villages have been identified that have no church in South Ireland. It also happens that my youngest Son Ben will be in Dublin on tour with the band SIX60, so we are aiming to pop back stage to their show…haha! Fun times.  I’m back in NZ on the 6th December…

On my last trip I was reminded about a recent blog I wrote as I was talking to church planters… We need to think differently regarding what is ‘full time’ ministry. I wonder if every Christian is in full time ministry?

Thanks again for your encouragement, prayers and support. Western Europe is one of the mission fields of the 21st century. I’m looking forward to seeing hundreds of fires burning all over Europe, small and large… it’s started!!

Receive encouragement, stories of faith, and ministry updates in your inbox.

Keep Yourself In Faith

Inspiration and tools for planting churches and planting networks of churches

Testimonies from the life and ministry of R. Weston Carryer.

This product is out of stock.
Product is not available in this quantity.
More Info
View THE FULL BOOKSTORE

A passionate international speaker, eager to share on faith, leadership, self care, healing, church planting, relationships and the Holy Spirit, Nick's heart is to simply add his voice to the lead pastors voice.

Nick travels internationally often, so please get in touch regardless of where you are.

God has wonderfully and generously provided for Nick and Karen, and while Nick doesn't have a speaking fee, if travel is able to be covered that would be great. He doesn't ever want anyone to feel any pressure. This is a faith ministry so simply give what you feel to give. Nick will also bring his resources with him if anyone wishes to purchase them.